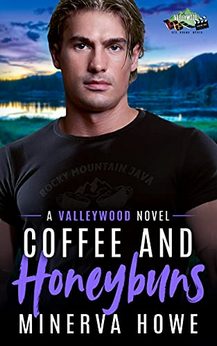 Reed Conifer has been trying to work his way up in the dog eat dog world of a Valleywood talent broker for a long while, but he's starting to wonder if he'll ever be anything than the Lane agency errand boy. He gets the coffee and keeps the schedule, but he's just an ordinary bear shifter from Colorado who could stand to lose a few pounds. His co-workers call him "Teddy", and he's not sure he's cutthroat enough to be promoted to junior agent.

When he gets coffee from a new shop one day, though, Reed meets grizzly shifter Tyler Ronson, who not only thinks Reed is adorable, he's pretty sure Reed is his mate. Even though he's only in Valleywood to open a new Rocky Mountain Java, Tyler wants to make Reed feel better, to help him feel loved and cared for. When it comes time for Tyler to leave Valleywood, he knows he has to convince Reed to come with him.

Reed doesn't know if he can give up his dream of making it big, the one he's worked so long to find, but he knows Tyler is the man for him, so he has to decide: should he stay in Valleywood and keep his old hopes alive or go back to Colorado with the love of his life? Bear shifter mpreg with a happy ending!